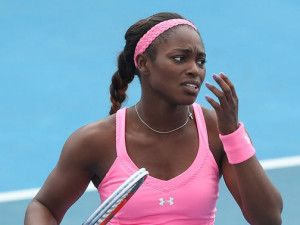 Sloane Stephens is not reassuring at less than a week of the Roland Garros Grand Slam (May 25 to June 7). The American was curtly beaten in the first round of the WTA tournament in Strasbourg which is yet seeded # 1 by Julia Goerges, a player ranked outside the Top 100. The German (108th in the WTA) is imposed herself in two sets, 6/3, 6/2.

Ranked 16th in the world, Stephens got broken in the first set 3-4 and conceded the set in 32 minutes. Goerges who had never previously beaten her opponents previously (L2) breaks again to start the second set. She takes again the serve of the American to lead 5 games to 2 before ending the game after 67 minutes of exchange.