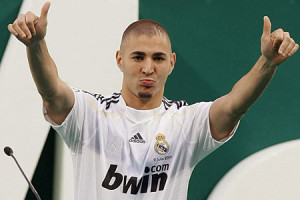 Initially announced uncertain for the final of the Champions League, Karim Benzema will well keep his place in the attack of Real Madrid against Atletico Madrid.

But the tricolor striker could start the match on the bench because he does not appear in great shape. Anyway, the scorer of Algerian origin of the Merengues will not miss the most important game of the season, the one that could bring the 10th Champions League at Real Madrid.

“There is a lot of pressure, a lot of desire to win, Benzema told RMC Sport. We also feel the public, everyone is behind us and everyone is obsessed with the Champions League. The players first, so I hope we will win. Since the day I signed here, more than winning the championship or cup, it is true they are still talking of the famous tenth Champions League , so that’s why there are a lot of pressure and a lot of expectations. Today, we are in the final so we are just at 90 minutes of winning it.”