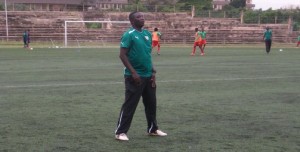 The junior national football selection of Togo confronts in Rabat tomorrow, Saturday, its counterpart from Morocco in the second round return legs of the qualifiers for the African Cup of Nations of football Under 20.

Fazazi Adam and his foals will have to catch up two goals conceded in the first leg match played in Lomé. A difficult but not impossible task according to the technician of Hawks: “We know that the mission is difficult because the Moroccans play in front of their public, but in football the impossible does not exist and we can return to them the slap they gave us in Lome “

The technical staff trained well in Lome before traveling to Rabat Wednesday. “We have made every effort at the tactical level and I expect all players to create a surprise,” added  the Togolese coach.

Here are the 18 Togolese players who made the trip: