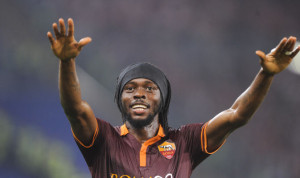 Africa Top Sports announced earlier that Gervinho considers leaving Roma despite his good season with the club in the Italian capital. Rumors send the Ivorian star to his former club Arsenal.

But the British press rather sends him to Manchester United. According to the Daily Express, the Ivory Coast international has been approached by the Red Devils officials.

The latter, who enlisted a new coach in the person of Louis Van Gaal would be willing to pay up to € 20 million to wrench the services of the Elephant out of Roma. The drama is just beginning.