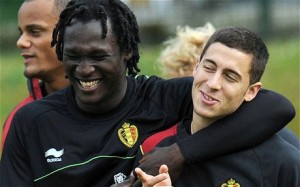 Belgium are still impressive. After their in-form trip to Luxembourg a week ago, the Red Devils faced Sunday Sweden of Zlatan ibrahimovic. The PSG star who begins the game on the bench, attends the opening goal of Lukaku.

4th goal in two games for the Chelsea striker. This is the score at the break. After the break, Belgium maintains pressure and added a second goal. An achievement of the other Chelsea player of the team, Eden Hazard.

Sweden do not go to the World Cup in Brazil but Belgium will well and truly be there in group H alongside Russia, South Korea and Algeria.