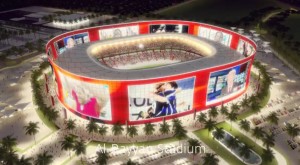 Who could be that Fifa official who took the oil money to vote for Qatar? The issue resurfaced. Sunday, the Sunday Times had released the results of a survey very dependent, with many supporting evidence. And oil giant in Gulf wishes to put things in their place.

Accused of corruption on high officials of FIFA to influence their vote in the attribution of the organization of the 2022 World Cup, Qatar has made a denial. “Following today’s press articles, we vehemently deny all allegations of misconduct” replied the Qatar Committee of candidacy through a statement.