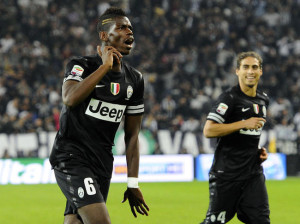 True or false? Real Madrid ensured they had no intention to make an offer to secure the services of the Juventus midfielder Paul Pogba, yet announced for several weeks in the viewfinder of the Casa Blanca.

Paul Pogba is tracked by many major European clubs including PSG and even Real Madrid. But Real Madrid has denied being part of the interested clubs to recruit the powerful midfielder of Juventus! “Real Madrid is not interested in Pogba nor Vidal,” clearly assured Ernesto Bronzetti, the adviser to President Florentino Perez, in comments reported by Marca .

For his part, the French international had recently said he had no intention of packing up and he could stay at Juve at the end of next season. “I never thought about leaving Juventus. I have a contract with Juve then what are we currently talking about? I want to win the fourth consecutive Scudetto with the Old Lady. I do not know how this story of Phone call with Zidane came out. I never said I wanted to play with Real Madrid. Everything I said is that it was a great team like Manchester United and Juventus,” had said Paul Pogba in La Stampa.