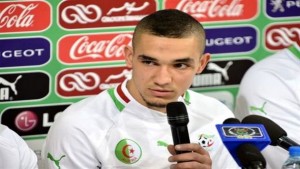 He was one of the last binational to have agitated the media about his selection choices. The great hope Nabil Bentaleb among the revelations of the season at Tottenham finally decided in favor of the Algerian team. Currently in training camp with the Greens, the midfielder could live at the end of the campaign his first major experience, the Brazilian World Cup.

A choice that pays off for the young Algerian international who has admitted not to dream of being selected for the World Cup in Brazil in the early season.

“This is incredible. At the beginning of the season I did not dream of going to the World Cup in Brazil. I thought I would watch it at home,” said Nabil Bentaleb on the official website of Tottenham. I think it was a great season for me. This is my first season at a high level and I have to work hard in order to prove good at World Cup.”