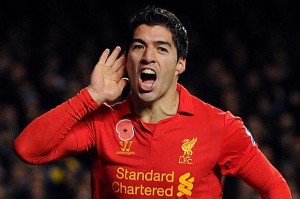 Real Madrid seems not to let go. The leaders of the Casa Blanca always want to bring Luis Suarez to Santiago Bernabeu. Not without difficulty.

After the experience of last summer and his provisional shelving at Anfield, “El Pistolero” does not want to make waves about it. Recently, the former player of Ajax Amsterdam has repeatedly said that he felt very well at Anfield and does not intend to leave.

Suddenly, the Casa Blanca will probably first have to convince Liverpool to begin negotiations. According to Marca, president Florentino Pérez could get out of his hat an offer of 90 million Euros!