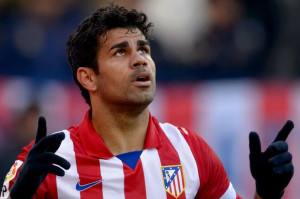 Emphatically announced for several weeks in Chelsea, Diego Costa could finally sign next Tuesday. This week, the British press reported that the striker of the Spanish selection conducted medical examination prior to signing a contract for the London team.

Saturday, Sky Sports reveals that the contract signing is imminent and should be done on Tuesday. The English tabloid talks of an estimated € 38 million transaction.

“Chelsea have made an offer to Atletico Madrid, in compliance with the release clause of Diego Costa. The player has in return asked his leadership to accept the offer from Chelsea. Chelsea now wants to formalize the transfer through official documents, as soon as possible to allow the player to focus exclusively on the World Cup,” the English club wrote on their website.