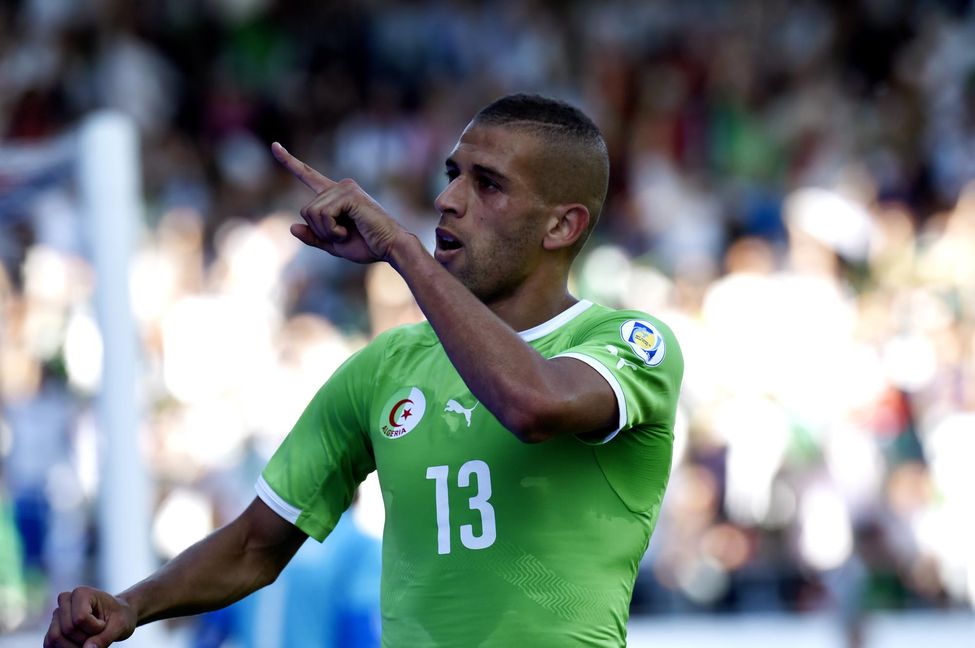 If Algeria of Islam Slimani were unable to exceed the first round four years ago, experience has grown up now this time and greater ambitions are restored within Fennecs. The series of four consecutive successes for players of Vahid Halilhodzic allows the selection to tackle the 2014 World Cup with a safe morality. Indeed, the last victory obtained against Romania (2-1) was more strengthening.

Hoping to cross the course of the first round for the first time in their history over four appearances at the World Cup, no doubt that Algeria will necessarily get a result against Belgium in their opener on June 17. To overcome the Red Devils, Vahid Halilhodzic can count on excellent form of Islam Slimani in the attack.

Sporting Lisbon striker and his partners want to make history. “Algeria has never gone beyond the first round. It is our goal,” Slimani told FIFA.com. “We go to Brazil with ambitions. This is our fourth participation in the finals. Everyone remembers 1982 and Rabah Madjer, Salah Assad and Lakhdar Belloumi. We want to walk in their footsteps and enter the history of Algerian football. We do not want to have any regrets. We will play our game even though we know that we are in a tough group.”

Waiting to see whether Fennecs are able to access the knockouts, they are opposed to Belgium in their first match in Group H. The Belgians are billed favorites in this group but are however careful against Algerians who hold an interesting shape to the beginning of the competition.

“Belgium have great players like Eden Hazard and Vincent Kompany. They are favorites. South Korea also has a team very difficult to play. It has already reached the second round of the World Cup. Russia has always been a great football nation and Fabio Capello knows us well, since he was coach of the England team that faced us in 2010,” added Islam Slimani.