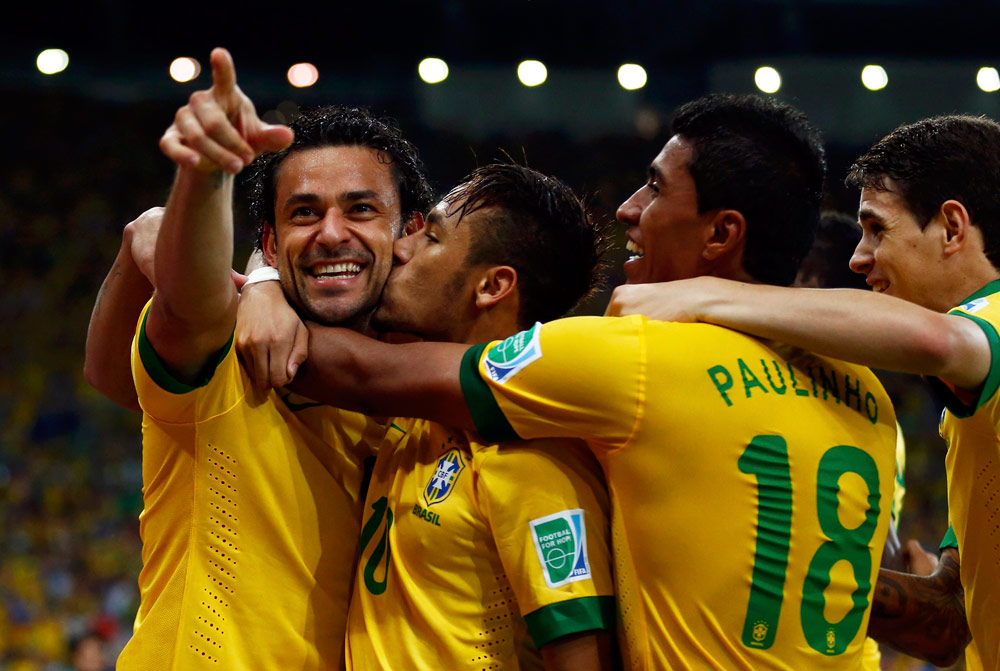 The whole Brazil can rejoice! The Selecao have successfully entered the World Cup on Thursday by dominating Croatia in the opener. Final score 3-1.
Yet it is Croatia that took the lead as of only 11 minutes of play at the Corinthians Arena. On a good left side movement of Ivica Olic, the Brazilian defense did not react and, following a first Croatian attempt missed in the box after a clearing by the Wolfsburg striker, Marcelo scores against his camp. 0-1!

But Brazil will come back to life 18 minutes later thanks to Neymar who restored parity in the 29th minute. The FC Barcelona striker gets the ball from 35 meters, advanced with the ball and fires a left-foot shot that hit the left post of Stipe Pletikosa helpless on the spot. 1-1 score at the break.

On resumption, the game seemed to balance when Scolari’s men got a penalty for a foul on Fred in the box. Neymar transforms the penalty in the 71st minute and registered the first double of the competition. 2-1. And then 3-1 in stoppage time with a final goal of Oscar (90 +1).

Against a very good team of Croatia, Brazil still managed to pull out of the game. For the meantime they withhold the lead in Group A until the second group meeting between Mexico and Cameroon on Friday.

Check out all goals of the meeting!