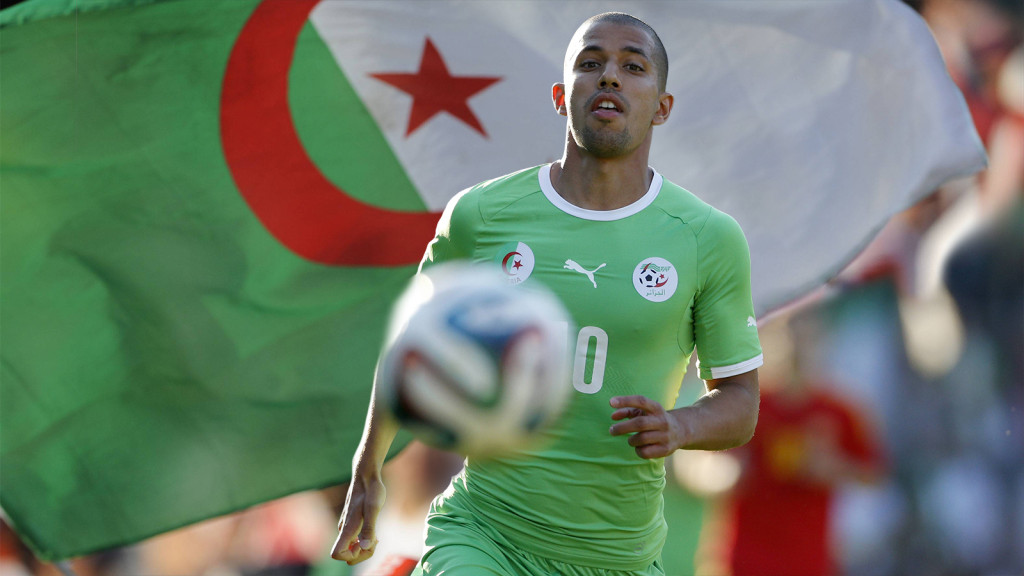 Algeria of Sofiane Feghouli and Belgium meet for their debut in the World Cup on June 17. Here’s a game that promises to be exciting.

With a team “difficult to play” according to the experts team, Algeria will not easily give way and carrie on their shoulders the honor of the African continent. Billed favorite, Belgium is boosted by young players who dream to defeat all odds. But they still seem too little to scare Sofiane Feghouli. The midfielder of Fennecs says Algeria feels ready to stun the so called Belgian golden generation.

“We are very happy to be there, and we worked very well so far, said Sofiane Feghouli in RTBF micro. We have a few days before facing Belgium, we are eager to start the competition and represent our country with dignity. I think our strengths against Belgians will be solidarity and collectiveness. If each one thinks of himself only, we will perish against a great team like Belgium! We need to show solidarity and give everything for each other, as we did in qualifiers in Africa. “

According to the Valencia player, Algeria does not fear the Red Devils. “We do not fear anyone or anything in particular among the Belgians, took over the Fennec. Many of us play in the top European leagues; we are accustomed to facing top players. It is true that we have collectively never faced such a strong team, but in a game, everything is possible. And as Belgium is the favorite team in the group, it will have a lot of pressure, and we, the least experienced of the group, will try to create a surprise.”