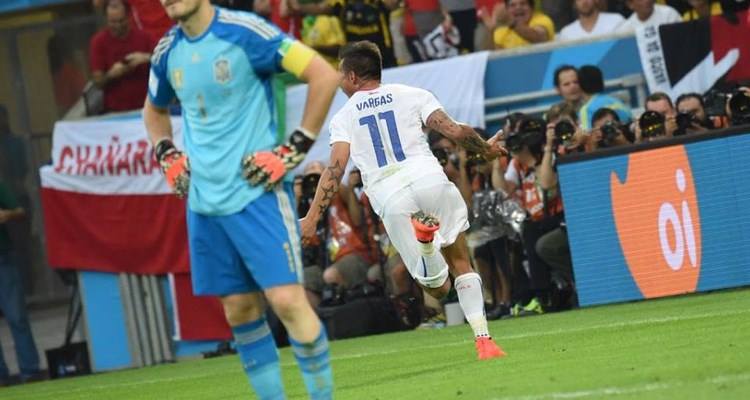 Spain is prematurely kicked out of the 2014 World Cup. Defending champions suffered their second defeat in as many games and this time against Chile, who won 2-0.

Thanks to Vargas and Aranguiz, Chileans have rolled up the games as of the first half. While we were expecting a recovery of the Spanish selection, Chileans were more dangerous in the second half.

Busquet has missed a great opportunity that would boost the game! Found accidentally by Costa, author of a chisel in the box, the midfielder of Barça missed his volley from the left while the goal was all open.

Again and again, Spain held the ball but cannot beat the defensive curtain of Chile, well grouped in this second act. Chileans could worsen the fate of this meeting if Isla had not missed the target. Present in the second post, the Juventus winger tried to make a cover that slipped. Is passed over the cross. Spain is on the verge of explosion behind. The score has not budged!