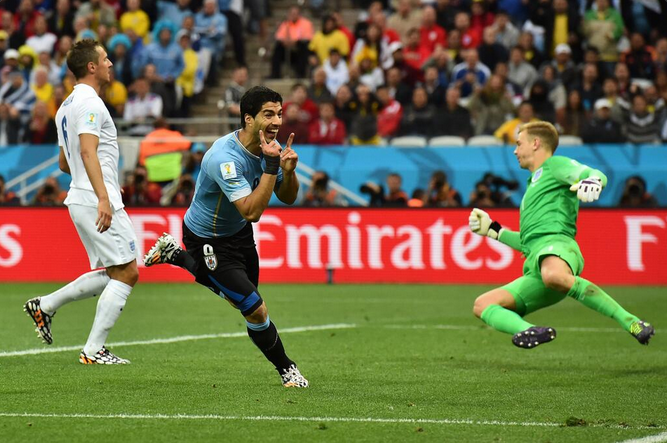 Uruguay inflicted to England its second defeat of group D. With a Suarez on fire, Celeste gets relaunched!

Uruguay beat England on Thursday in Sao Paulo (2-1). Celeste made the difference thanks to a brace by Luis Suarez. Wayne Rooney had equalized for the Three Lions. Celeste gets relaunched in the race for second round qualification. Englanders are very close to the exit.

Luis Suarez has first scored with an unstoppable crossed header (39th) on an assist by Edinson Cavani who was able serve the Liverpool scorer between three defenders from the left side.

England have equalized late in the game by Wayne Rooney (75th), after a cross from Glen Johnson. But Celeste made the difference a few minutes later (85th) by Luis Suarez again following a poor back clearance by Steven Gerrard.

Awaited as the Messiah by all countries, Luis Suarez did not disappoint. Back from injury (knee), the Liverpool striker was certainly not on top physically.

With two losses, Engalnd are on the brink of elimination, even if mathematically nothing is done.