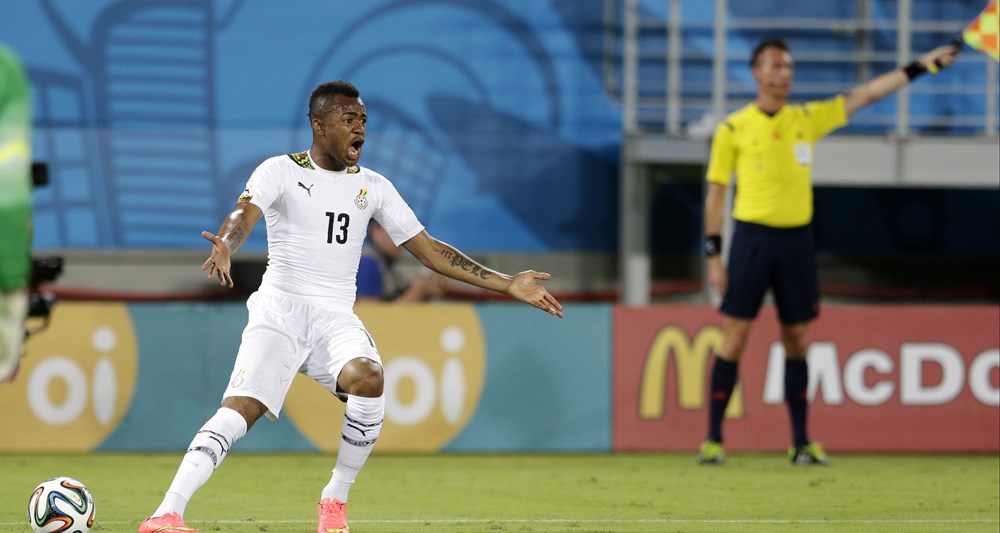 Last Saturday against Germany (2-2) when he came into play, Jordan Ayew had the opportunity to enable Ghana to make a substantial advantage for a 3-1 score. After a quick counter-attack and despite the good position of his center-forward Asamoah Gyan, the Marseille star prefers to play solo and sent a soft shot into the gloves of Neuer.

At the time, Gyan grumbles but forgot shortly. It was not the case at the end of the game. “We discussed with Jordan after the game by letting him know that he wasted a clear chance to score. He apologized to the group indicating he blames himself for not having been able to help the team win this match. Jordan is a talented player with a bright future ahead of him. He learned the lesson “, said the captain of the Black Stars.

The subject is thus closed. This shows us that in Ghana, they do not resolve disagreements on the field like in Cameroon between Assou-Ekotto and Moukandjo.