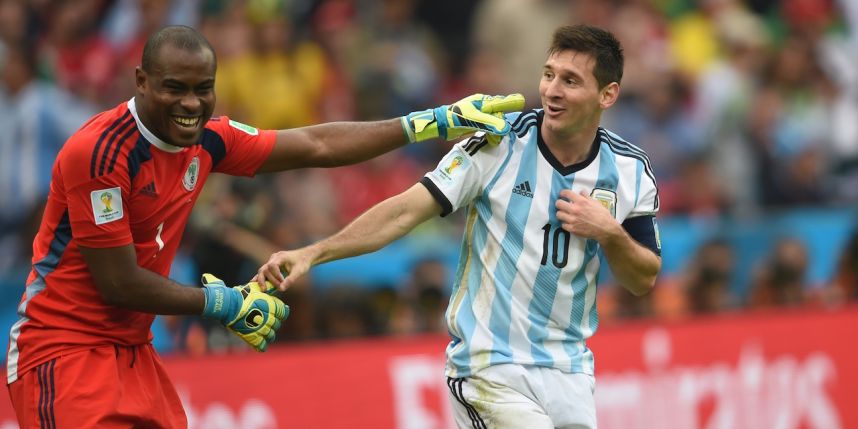 After the victory of Argentina against Nigeria, Lionel Messi was named Man of the Match. How could it be otherwise? The four-time Ballon d’Or achieved his first double of the competition to celebrate his 27th anniversary. Then he becomes co-top scorer of the Brazilian tournament with 4 goals.

The coach of the Super Eagles was more appreciative. “It is very hard to wrench the ball out of his feet. We respect him a lot, he said at a press conference. Argentina has a lot of good players but Messi, he comes from Jupiter. He is different.”

Pictures: Messi is only player in this World Cup to win Man of the Match award in all 3 group games pic.twitter.com/n51RHS5BMZ [via @pasionfcb]

The former technician of Hawks of Togo returned to the delivery of his foals.

“We were more aggressive in the second half, it was much better, also argued Keshi. The positive point is that in the second half, we tried to play our football, to keep control of the game. I saw a lot of mobility in the team, much more than in the first period. That is good.”

Nigeria, dolphin of Argentina in Group F should probably play France in the knockout stage.