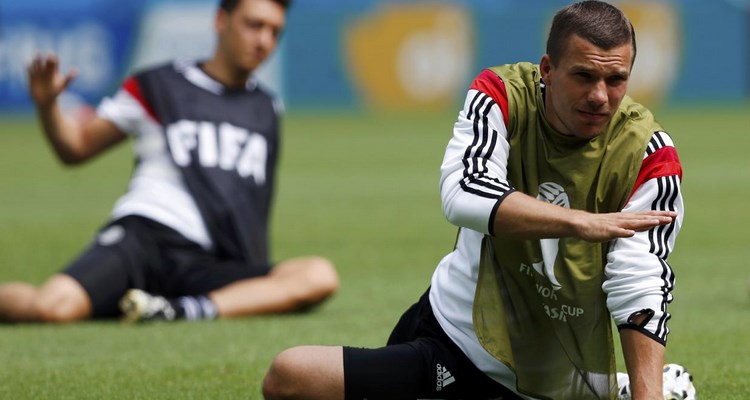 This is probably good news for the Desert Foxes. Germany will be without Lukas Podolski Monday at the confrontation against Algeria in the knockout stages of the World Cup 2014. The Arsenal player is suffering from a thigh injury.

Podolski played two matches in Germany since the beginning of the competition against Portugal and the United States (54 minutes). It is precisely against the Boys that the former player of Cologne contracted his injury. “Lukas has to rest for two or three days. He should be able to replay if we qualify for the quarter-finals “, said Germany coach Joachim Löw.

If no Podolski, Mario Goetze is expected to occupy the left flank of the attack of the Mannschaft. For the former goalkeeper Oliver Kahn, Algeria should not worry Germany: “If we play our game, Algeria should be no problem. If we look at our individual and tactical qualities, where would we be inferior to Algeria? Algeria has a strong team buoyed by its enthusiasm and supporters present at their side. But their game is wearing, and their physical power will decrease.”