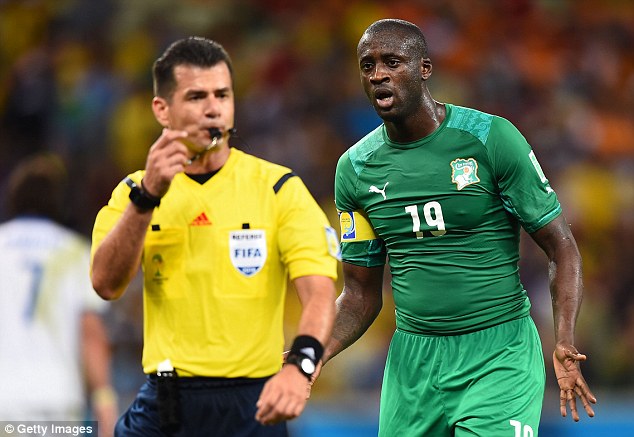 Yaya Touré speaks of the campaign of African teams at the World Cup Brazil 2014. For the colossus Ivorian midfielder, Africa could have done better if it had not been disadvantaged … again.

Yaya Toure believes that African teams were disadvantaged by arbitration in the competition. His comments are secondary to the elimination of Côte d’Ivoire in the first round of the 2014 World Cup. In their last match, the Elephants were eliminated by Greece (2-1), which received a penalty converted by Yeoryos Samaras in the final moments of the game.

“I was desperate that the referee does not see the simulation of Samaras”, said the England Champion with Manchester City in the micro of France Football adding that against Japan (2-1 win) “at least two penalty kicks were not whistled” to the teammates Didier Drogba.“Of course it does not interest anybody, because we are talking of an African team.

In the end, who cares about injustices committed against an African team? “, Questioned Yaya Touré.