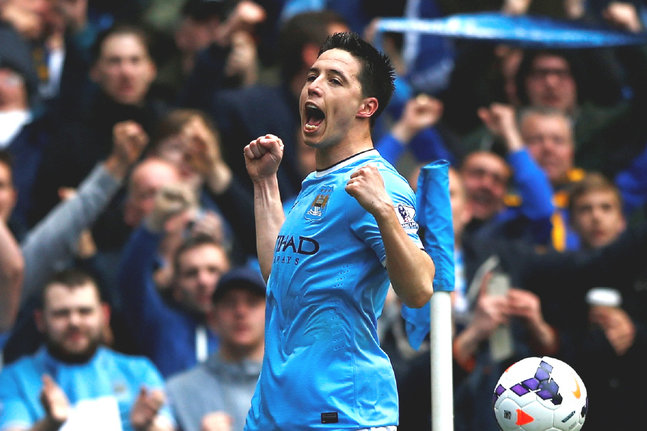 Not retained by Didier Deschamps to compete in the World Cup, Samir Nasri has extended his contract with Manchester City for extra 5 years.

Arrived at the Citizens in 2011 from Arsenal, the international tricolor is now linked to the Sky Blues until June 2019. A beautiful sign of confidence from the Red Devils leaders to a player who has played 129 matches in City colors.

“I am very pleased to have signed this contract and have linked my future at City, said the former Gunner (27 years) on the club website. This is exactly what I wanted when I came here. I’m happy to have reached an agreement and I hope we continue to win titles.”