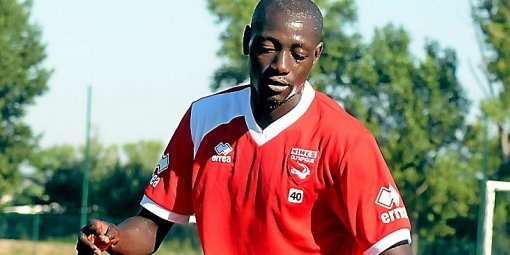 For some weeks now, RC Lens has a glance at the case of the offensive midfielder,  Ousmane Cissokho. The player is about to join the Sang and Or. Henceforth the Nordists have to catch up the delay which the club took in terms of preparation and recruitment.

Ousmane Cisskho, the player of Nimes Olympic, agrees with the RC Lens, is waiting for the problem with DNCG to be settled so that he joins Artois. The Senegalese is one of Antoine Kombouaré’s priorities, the coach of Sang and Or, who wishes absolutely to have him among his friends. “We are serene, explains Mamadou Bakayoko as reports mercato 326, the former player of Rouen or Limassol’s councillor. We are simply waiting for the situation to be settled and that should be done with Lens. There is a common will to work together. “

27-year-old, the value of Ousmane Cissokho is estimated about a million euro. But his current club, Nimes Olympic, could let him leave against a savings between 300 000 and 500 000 euro.
According to Mercato 365, Lorient also expressed its interest, but Ousmane Cisskho, the player of Nimes Olympic, agrees with the RC Lens. A multiannual contract is waiting for him.If Hafiz Mammadov (majority shareholder) agrees with paying the remaining sum.