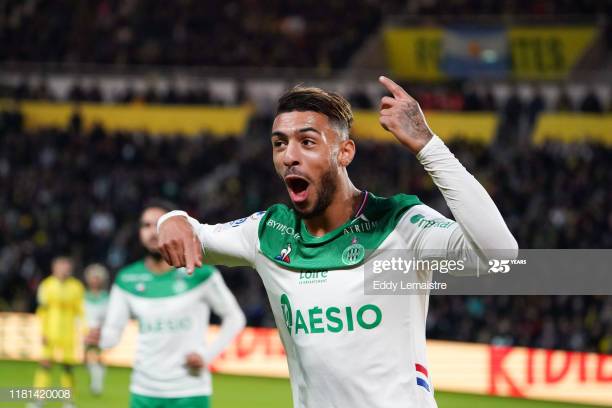 The french media Le Progrès revealed this monday that the gabonese player of Saint-Etienne , Denis Bouanga will agitate the next transfer session .

Saint-Etienne top scorer of this season (12 goals) , Denis Bouanga is courted in England and recently Italy . But other french clubs are intrested also by the incredible skill of the 25 year-old attacker.

“Denis Bouanga will be contacted this summer” slides the french media .

The same source revealed the clubs which can come frontline for the gabonese . Rennes and Lille are cited by the source, but also Betis Seville, a spanish club .Green fans won’t be ready to say goodbye to a player who joined the Geoffrey-Guichard in 2019 .

However , the final decision is for the player himself .