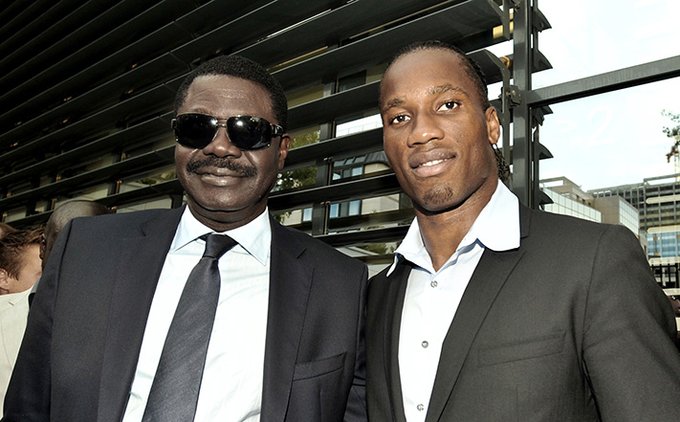 Former Marseille and Guingamp attacker finally broke the silence and decided to pay tribute to his last agent Pape Diouf, dead of the coronavirus on march 31 .

“Pape has been my first agent and led me durin ma whole carrer in my choices and decsions . He adviced me on how to live in community , advices concerning my coaches and my desires when I want things to change…What I learnt the best from Pape is that capacity to always go ahead and to question oneself” said the ivorian to canal+

Futhermore, the fact that Pape Diouf became Marseille president wasn’t a surprise for Drogba because the senegalese was one of the most high personalities of world football .

“It wasn’t a surprise for me , seeing him at the presidency of OM , one of the greatest clubs in the world . He always has been a pioneer , the first great African agent in world scene… Unfortunately, coronavirus proved us he can attack the most beautiful persons. Pape Diouf, my condolences to your family . Pape forever in my heart” concluded Drogba .

Pape Diouf worked with players such as: William Gallas, Gregory Coupet, Basile Boli and Samir Nasri . He has been the first african to be the president of Mrseille in 2004 . He dead aged 68 .