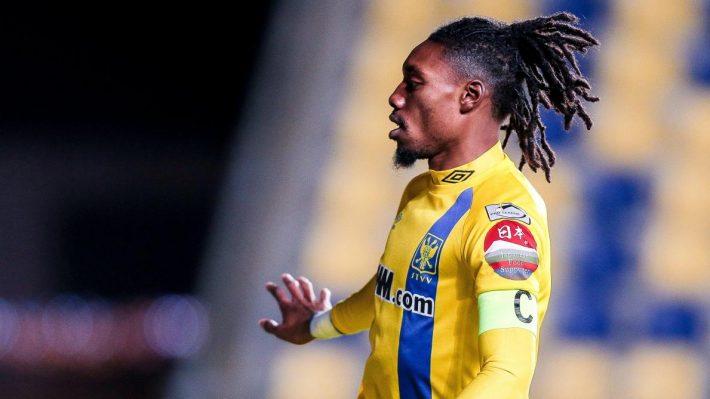 Jordan Botaka is one of the players we consider ready to make big jump to the big Belgian clubs. The Congolese is in the sights of La Gantoise.
In fact, Jordan Botaka remains on two full seasons in Saint-Trond where he is under contract until June 2021 and is therefore at an important stage of his career. If the Canaris want to draw an interesting sum for their player, they may have to agree to sell their winger (and captain), under penalty of seeing him leave for free next summer

According to the Nieuwsblad, La Gantoise would be the hottest club on the ball: Botaka could join the Buffalos and compete at the post … The Congolese international could occupy the entire flank. Gand – who will play the preliminary rounds of the Champions League – continues to work hard on his mercato. The Buffalos should hold a second reinforcement with the arrival of Jordan Botaka, the captain of Saint-Trond.
But according to Het Laatste Nieuws, the Dutch-language daily, the 26-year-old winger signed a four-season contract. The amount of the transfer would be 600,000 euros. In Canary since 2017, Jordan Botaka has played 110 matches for Saint-Trond and scored 18 goals for 14 assists.