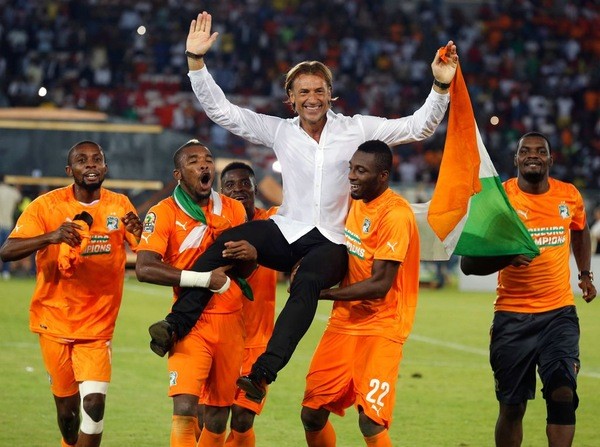 As long as African football will exist, Herve Renrd’s name will always be attached to it for the success the 51 year-old French coach has had in this country .

He integrated four ivorian players who are : Kolo Toure, Yaya Toure, Siaka Tiené and Gervinho on the bench . Whereas moroccans are three : Achraf Hakimi , Mehdi Benatia and Younes Belhanda on the bench .

Is this suffiscient to convince Ghanian sportive authorities to entrust him the national team ? Anyway he dreams of bringing AFCON’s trophy back to the Black Stars . However, the absence of Zambia players is surprising knowing that it is the first country to which he won an AFCON in 2012 .