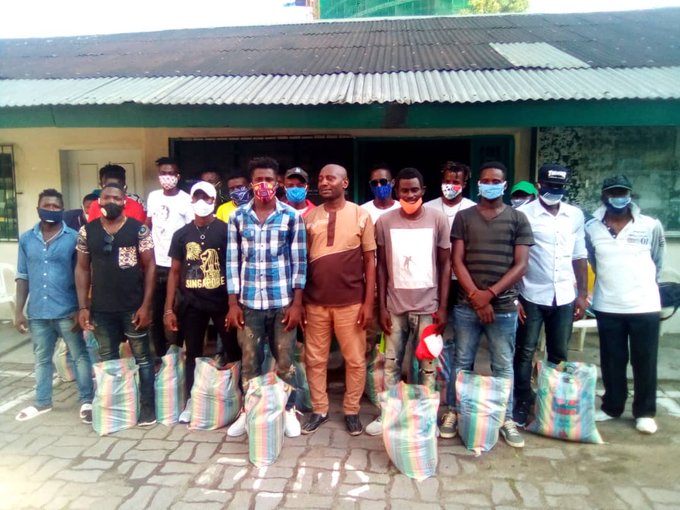 Samuel Eto’o’s Foundation flown to the rescue of clubs of League one , League Two A and to second divison feminine players of Littoral region . Announces the Cameroonian Football Federation .

Food kits have been received by the benefitors on Tuesday as it is precise in the letter of the FECAFOOT .

“Delivery of Food Kits from Samuel Eto’o Foundation
to L1 and L 2A players and D 1 feminine players from the Littoral region. Ceremony chaired and directed this Tuesday, May 26, 2020 by the SG of the Regional Littoral Football League, Mathieu Nathanael NJOG” the FECAFOOT wrote on it Twitter account .

Samuel Eto’o , through his Foundation has donated to people in vulnerability situation of several towns in Cameroon since the coming of coronavirus epidemic .

Like many other African nations , Cameroonian Elite One has been stopped since March 16 , due to coronavirus . Coton Sport ranked second and Eding Sport tenth , are the clubs which played the 29th day of the championship . 28 for the others . If Togolese Football Federation whistled a full stop to the championships , FECAFOOT still not take a decision .