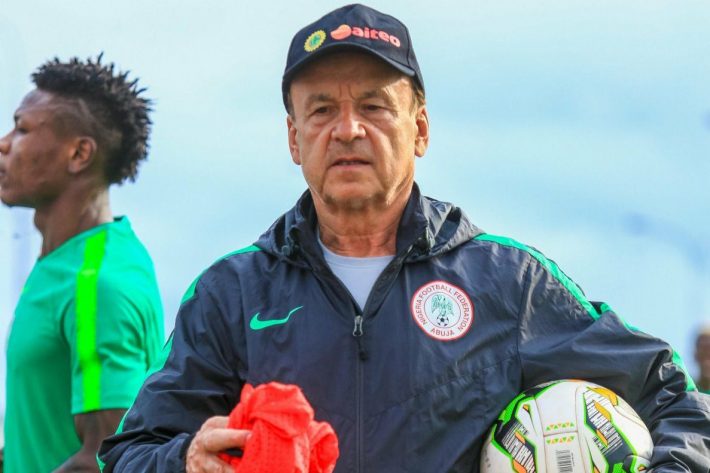 End of suspense. Matter of debate for several weeks, the contract extension for Gernot Rohr in Nigeria is now effective. It was Amaju Pinnick, the head of the federation, who announced it on Wednesday.

We can read the following declaration on his Twitter.

“I’m happy to announce that the NFF and Coach Gernot Rohr have concluded all contractual discussions and he will stay on as Coach of the Super Eagles. We have always had confidence in his abilities and we are confident that the national team can only go higher from here.”

The purpose of this new agreement is clear: Qualifying for the 2022 World Cup and winning the 2021 AFCON.

“I never doubted Gernot Rohr’s ability to move forward our football and I am convinced that our football will only improve from now on”», added Pinnick.