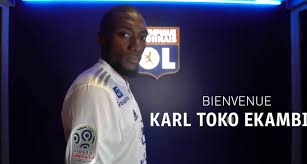 It’s official. Olympique Lyonnais has announce this Tuesday that they have lifted the purchase option of Karl Toko Ekambi. The Cameroonian striker has thus been engaged for 4 seasons.

Ekambi arrived last January in the Rhone on loan with purchase option, coming from Villareal. Despite only 8 matches with at Gones, the former Sochaux has convinced his leaders.

He signed for the next 4 seasons. Lyon will pay 11.5 million euros.

Kar Toko Ekambi is 2 goals and 1 assists in 8 Ligue 1 games at Lyon.