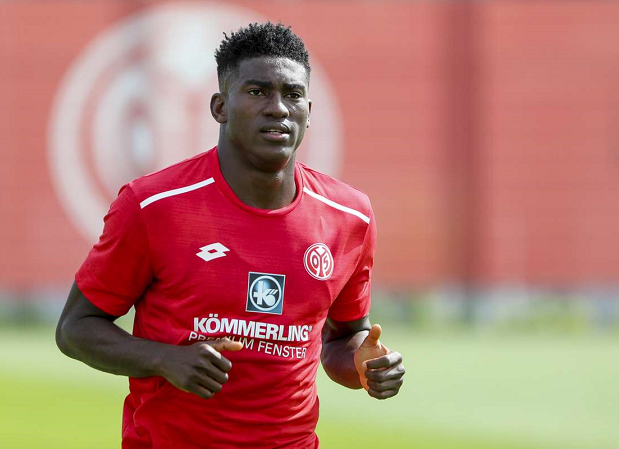 Despite his eleven game played since the beginning of the season , Nigerian forward Taiwo Awoniyi has no conviction of his future at Mainz 05 .

The 22-year-old striker is loaned by Liverppol to the German side . But since the club is fighting against relegation , the subject of his loan extension is out of question .

Awoniyi is happy within the club . And the manager himself Achim Beierlorzer recognizes he is a hardworking yougster . When talking to the Kicker .

“Taiwo said in January that he didn’t want to move again . He feels comfortable with us . After that he just kept working on himself” he said .

Mainz 05 is just six points(39) ahead of the red lantern Paderborn(33) in Bundesliga’s ranking . And the club’s focus is maintenance . Therefore , discussions about Awoniyi’s future are on hold .

“Before we have reached our goal, for which we still have to collect points, there are no discussions,” he added .

He did not play for Nigerian seniors yet , but Awoniyi is a serious candidate to integrate Gernot Rohr’s team .