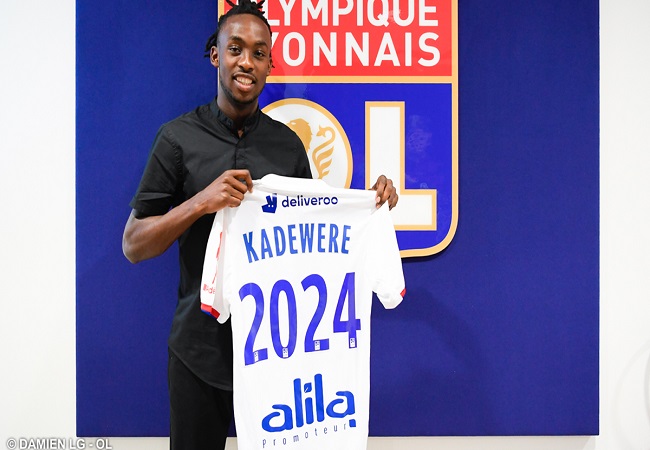 Ligue 2 scorer, Tino Kadewere officially joined Olympique Lyonnais. Recruited by the Gones last winter, the Zimbabwean international was lent in the wake to Le Havre AC. This Tuesday, the striker was presented to the press. A release by Jean-Michel Aulas put the event of the day at the second.

Kadewere should normally wait until the end of this season before making his debut at Lyon. During his presentation, the president of OL indicated that the player is already qualified for the end-of-season matches of his team.

«Yes, Tino is qualified for the upcoming matches, including those at the end of the 2019-20 season,» said Jean-Michel Aulas.

If this information proved to be true, Tino Kadewere will play in the final of the Coupe de la Ligue against PSG (end of July). And also the return leg of the Champions League’s Round of 16 against Juventus (date to be determined).