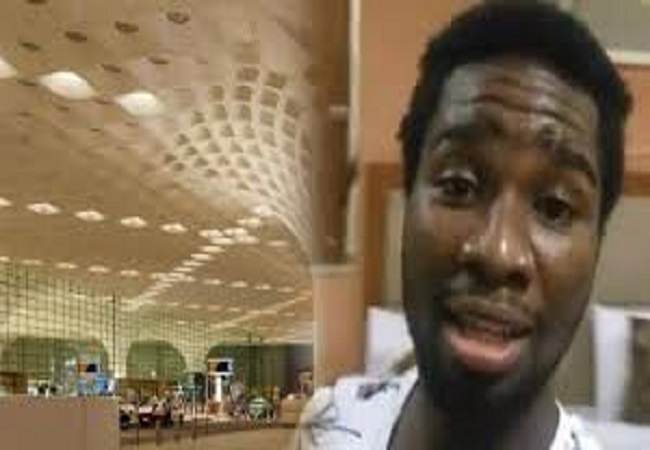 While waiting for international flights to resume after the country’s coronavirus lockdown, Muller spent 74 days in airport. It was at the Mumbai’s Chhatrapati Shivaji Maharaj International Airport in India.

Randy Juan Muller flew back to India in November after agreeing a six month contract with Kerala’s ORPC Sports Club. He booked to fly home on 30th March and subsequently took a train to Mumbai.

The lockdown kept being extended. Despite asking the Ghanaian Consulate in Mumbai for help, Muller then stayed at the airport.

As reported by CNN travel, the 23-year-old said: “I heard about the possibility of a lockdown in India. So I came to Mumbai to stay in a dormitory so that I wouldn’t miss my flight”.

He was low on cash when he arrived in Mumbai on 21st March however, he struggled to find a room.

“I didn’t know anyone (in Mumbai) so I saw some policemen and told them my story. They told me to go to the airport.”

The Ghanaian footballer used Twitter trying to get some assistance. A local journalist got in contact with the state’s tourism and environment minister Aaditya Thackeray also standing as president in the Mumbai District Football Association.

A short while after, Muller was taken from the airport to a hotel, where he will remain until flights have resumed.

Despite his football contract coming to an end, Muller has admitted that he may return to India after leaving.

He said: “I left home to feed home. If I got another contract, I would love to come back.”