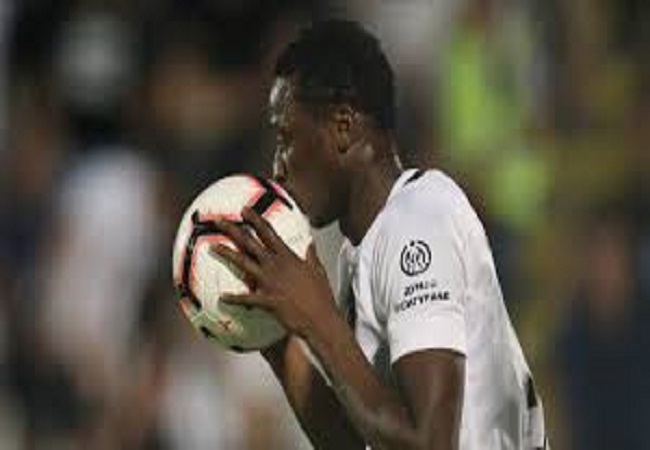 Umar Sadiq, the Nigerian under-23 international has released a comment with regard to reports linking him with English club, Manchester United.

The prominent striker has scored 17 goals with 16 assists all competitions included for the Serbian FK Partizan this season.

With his imposing physical appearance, Sadiq has impressed top European clubs including United that is three-time UEFA Champions League winners.

“It’s a big compliment for me as a player, but believe me, nothing is accidental,” Sadiq told Republika.

“In Partizan, we work thoroughly before every game and not only when we talk about tactics and video analysis. But also about the human relationship. Whether it is Chief Milosevic or someone else from the expert staff, they are always there for us

“Partizan helped me a lot in my career, I found my way and now I just follow what they ask of me. I think this is just the beginning of my success, and the motivation is there.”

Sadiq was part of the Partizan team which was eliminated from this season’s UEFA Europa League by United.

“As for Manchester United, I think that they were surprised by our game in Belgrad. And that is why they played the best team during the visit, which was not the case afterwards. That speaks enough about respect for Partizan,” he added.

He appeared in all six of his team’s games and scored four goals in the process, including a brace in the third-place victory over Honduras.

The 23-year-old player was named in Nigeria’s final 18-man squad for the 2016 Summer Olympics.