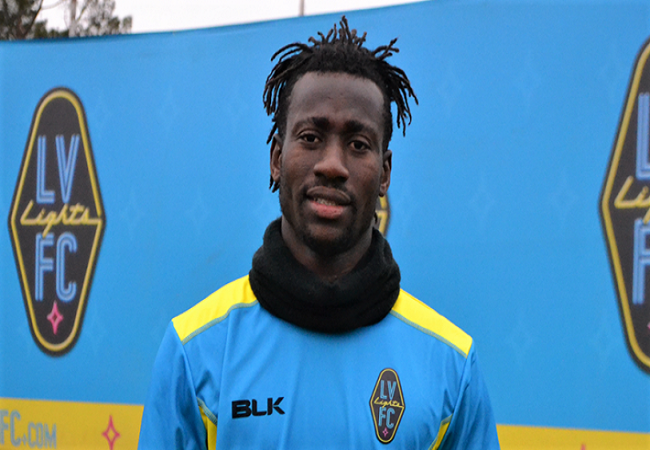 It will be a discovery for the Togolese public. Alex Harlley Nyarko has signed today at Rayon Sports, one of the biggest clubs in Rwanda. The 27-year-old striker is a nephew of Togolese star, Emmanuel Adebayor.

“Fans of Rayon Sports, I’m happy to sign for you. Let’s meet again next season. Let’s make history”, he announced in a video after signing his contract. Nyarko arrives from Las Vegas Lights in the second division in the United States of America.

In the USA for 18 years, he has also played at FC Santa Clarita, Atlanta Silverbacks, Pittsburgh Riverhounds and Georgia Revolution FC. It is around Nyarko that the Rayon Sports intends to build its team for next season.