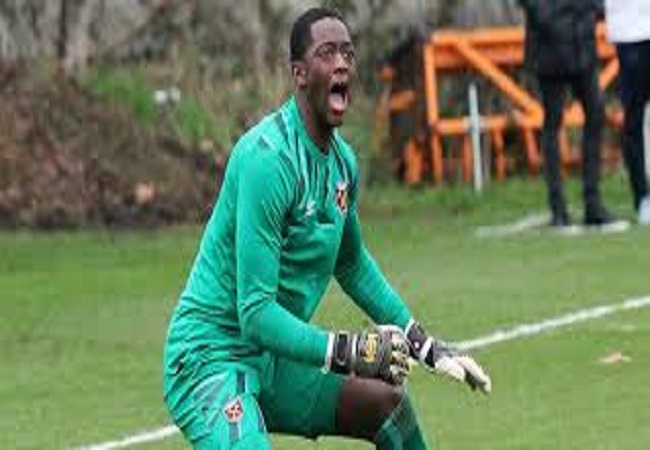 Daniel Jinadu signed his first professional contract with the Hammers last week. The former Chelsea goalkeeper has taken the first steps towards achieving his goal.

The young Nigeria international has revealed that his dreams is make his debut in the English Premier League.

In addition, Jinadu has been called up to first team training in the past, having traveled to Switzerland for pre-season training last summer. Despite he is classed as an U18 player, he frequently trains with the U23s.

Since he joined West Ham in 2018, Jinadu has been going through the footsteps of his veteran goalkeepers Joe Hart and Adrian. The latter who have moved on to play for Burnley and Liverpool respectively.

“I’m dreaming big: my dream is to play in the Premier League one day, so I just hope to one day set foot on the pitch in the top-flight. And if I keep working hard, hopefully it will come true.” Jinadu told West Ham’s official webpage.

Jinadu, who turns 18 on Sunday, July 21, has recorded nine appearances in total for West Ham in the U18 Premier League since his debut.