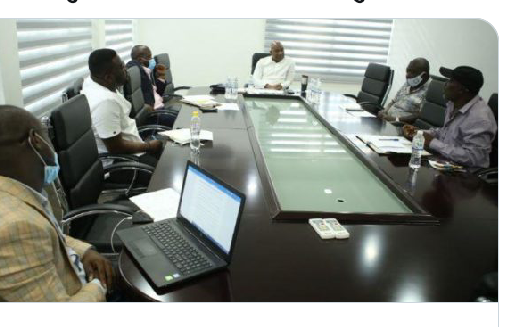 The Ghana Football Association (GFA) Advisory Committee have began the process to deliver on the mandate why it was set up after members of the committee held its maiden meeting.

The Advisory Committee was constituted to propose an 18-club National Division One League from the 48.

Members of the committee met at the GFA headquarter in basically for the first time to fraternity with themselves and proffer a modus operandi to meet up with the best modality.

Also in the agenda of their meeting is the implementation and other factors that will be essential on the future of the second-tier competition.

The Committee, led by GFA Vice-President Mark Addo, is to advise the Executive Council on the format, the possible name for the new 18-club Division One League and the phases of the implementation after two seasons.

The Committee will also advise on whether or not a third-tier league will be required, its name and its format.

They have three months to submit their first draft to the Executive Council of the GFA for consideration.

The Committee also indicated its intention to engage club owners, CEOs, the National Division One League Management Committee and other key stakeholders as part of its quest to ensure that all views are brought into their work.