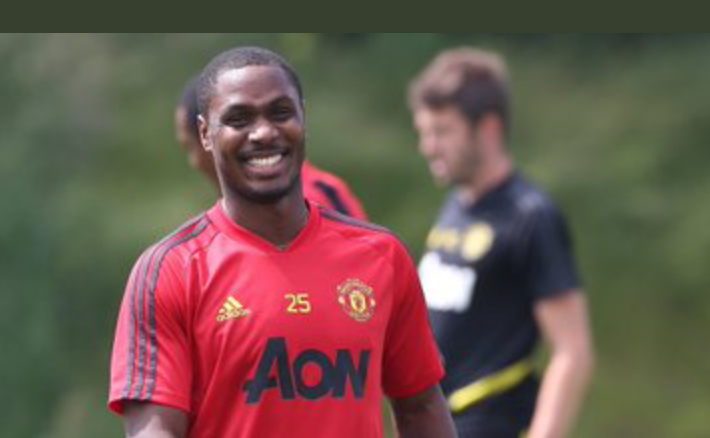 Manchester United forward Odion Ighalo will be hoping to help his team pick up from where they stopped in the Premier League when they host  Tottenham at Old Trafford on Friday night.

The former Super Eagles forward four goals were in the Europa League against Club Brugge, LASK and Derby County in the FA Cup.

Despite making four appearances in the Premier League, Ighalo is yet to find the back and the game against Tottenham could be his best time to do so.

Ighalo became the first Nigerian player to join Manchester United and has been vital to Ole Gunnar Solksjaer’s redemption mission.

His loan deal was extended after his parent club, Shanghai Greenland Shenhua announced to make him Africa most expensive player with a fee of £400,000 per week to wade off any move by Manchester United to sign him on a permanent deal.

The former Watford player will now remain with his boyhood dream club until January 31 2021.

His long spell could make him become Africa highest goal scorer for Manchester United and he need more seven goals to his four to surpass Fortune’s record.