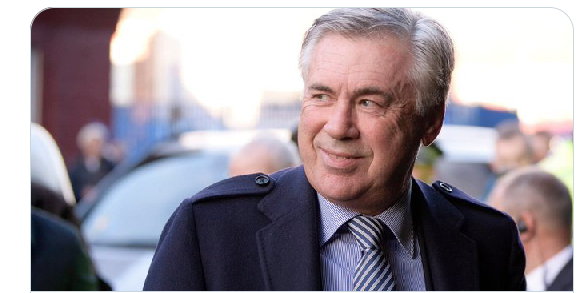 Super Eagles midfielder Alex Iwobi and his Everton teammates have been told to step up and begin to win games by manager Carlo Ancelotti.

Iwobi was in action for Everton as they held runaway Premier League leaders, Liverpool to goalless in the Merseyside derby on Sunday at Goodison Park.

The former Arsenal player saw 88th minute of football action before he was substituted by Ancelotti.

Buoyed by his team performance, the boss now wants his team to build on the point and keep moving up the Premier League table in their remaining eight matches of 2019/20.

Speaking in a post-match conference the former Chelsea manager said, “We have to win games, this is our goal, to try to have points and to win.

“Honestly, we were really close to winning but it was a difficult game. We performed really well, we were focused and sacrificed.

“At the end we had opportunities to score and were a bit unlucky.

“But Liverpool played a good game and had more possession but defensively we were really good.

“We had the opportunity and did our best, Calvert-Lewin and Tom Davies did their best.

“We were a bit unlucky but, honestly a draw was fair.

“The performance was good and for this reason we can be satisfied.

“We competed well against Manchester United, too.

“When we are focused and work well together we are a good team and can compete.

“We didn’t have lot of possibility to play as we want but defensively we were really good.”

“The period before lockdown we played against top teams and didn’t win.

“Now it is time to win and try to climb the table.”