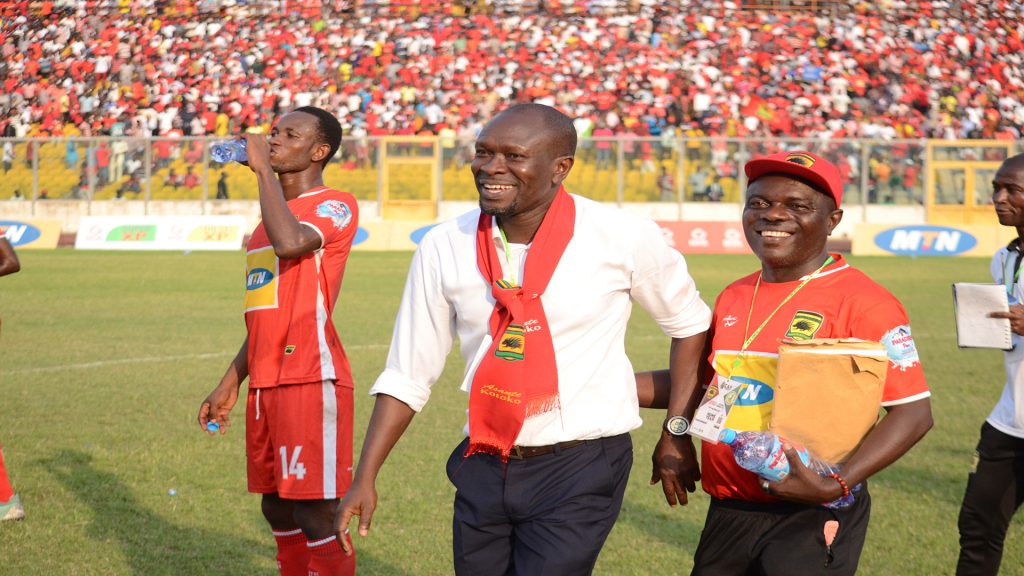 In a declaration to GBC, fromer Asante Kotoko manager recalls what his main goal with Ghana national team is as he said it some weeks ago.

“My personal target as the Black Stars Coach is to develop individual players to be better and competitive. That will resultantly affect the collective team,” he said.

Having coached all his life in Ghana local leagues, it’s fair that Charles Kwabla Akonnor give chances to local based players. And he promises to achieve it in Ghana national football squad.

“I also have space for the locally based players because I played mostly here and coached all my live here which has earned me the Black Stars job” Akonnor launches.

However Akonnor urges local players to be keen on any occasion given to them.

“But every player especially the locally based ones should take full advantage of any opportunities they are given” he added.

In Ghana Premier League, CK Akonnor trained club the likes of Asante Kotoko, Ashanti Gold, Hearts of Oak. In Division One League he coached Sekondi Wise Fighters for one year (2009). Before being appointed as Director of Sport of the same club between 2010 and 2012.