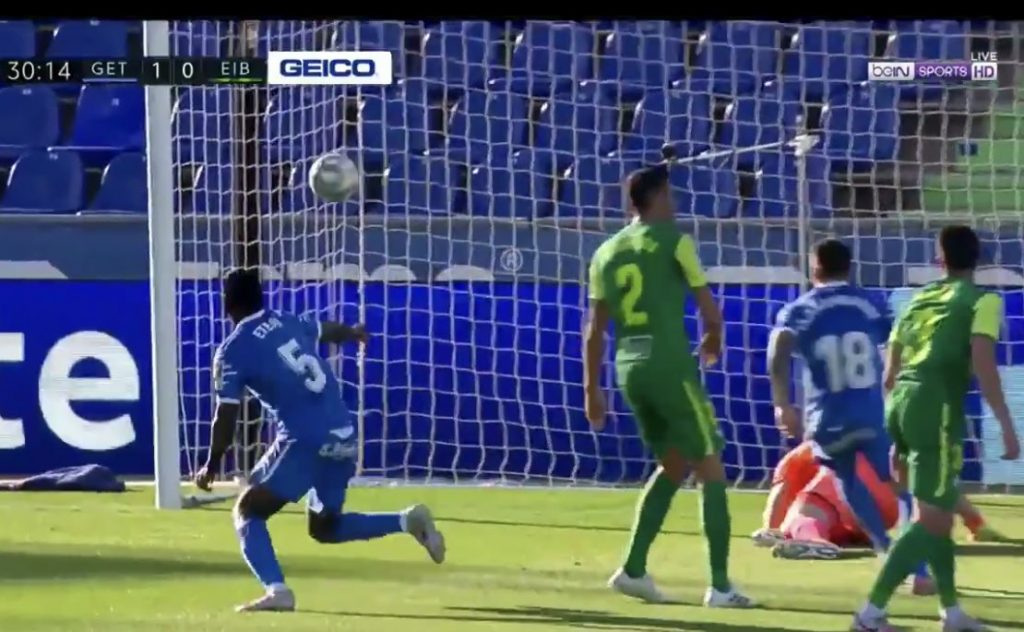 The Premier League and Serie A was the latest top European league to restart after football leagues were suspended due to the COVID-19 pandemic. With the restart of football, fans and supporters will revive jumping for joy and forecasting on games with Betway Soccer betting in the stands.

With Nigerian players plying their trade in some of the clubs in Europe, Africa Top Sports takes a look on the performance of the players for their various club.

In the English Premier League, Super Eagles midfielder Wilfred Ndidi played full time while Kelechi Iheanacho joined the fray in the 83rd minute for Marc Albrighton as Leicester City played a 1-1 draw with Watford at the Vicarage Road.

Earlier on Friday, Odion Ighalo came in for Anthony Martial in the 75 minutes as Manchester United shared the spoils with Tottenham with Bruno Fernandes equalising for the Red Devils after Steven Bergjwin has put Spurs in front.

In the English Skybet Championship, Super Eagles defender Semi Ajayi built a wall of defence for West Brom who played goalless with visiting Birmingham City at the Hawthorne.

Another Nigerian player, Eberechi Eze’s performance was not enough to save Queens Park Rangers from a 1-0 home loss against Barnsley in Saturday’s Championship game.

Eze completed 10 dribbles against Barnsley which went down on record in the Championship games this season according to statistics website WhoScored.com.

In the Spanish La Liga, Samuel Chukwueze came off the bench in the 65th minute for Javier Ontiverous as Villarreal recorded a third consecutive victory with a 1-0 victory against Granada on Friday.

Chukwueze was booked in the 85th minute for upending compatriot Azeez Ramon to foil a counter-attack that could have resulted to a goal.

Beyond the game on the pitch where we could see players displaying in their various actions, football is also a challenge. Fans and supporters enjoy themselves taking their bets online. For the restart, Betway Soccer betting want to make his fans win !

Super Eagles midfielder Oghenekaro Etebo scored his first ever goal for Getafe in their 1-1 home draw against Eibar, in the LaLiga on Saturday.

Etebo, who is on loan to Getafe from Stoke City, gave his side the lead in the 30th minute.

But on the stroke of half-time Eibar equalised thanks to Charles.

With the Serie A back in action also, Super Eagles defender Ola Aina was introduced in the second half in Torino’s 1-1 home draw against Parma.

It was Aina’s 21st appearance in the league this season as Torino are in 15th position on 28 points in the Serie A league table.

Jamilu Collins went down with SC Paderborn who are now relegated from the Bundesliga following a 3-1 defeat at the hands of Borussia Moncheglabach.

Collins was in action for 90 minutes in the game and it was his 30th league appearance for Padeborn and has scored just one goal.

Kingsley Ehizibue played for 87 minutes for Mainz who shared the spoils at home with Eintracht Frankfurt.

It was a disappointing outing for Anthony Ujah and his Union Berlin teammates who suffered a 4-0 defeat to Hoffenheim.

Ujah played for 62 minutes before he was replaced by his fellow Nigerian Suleiman.

Noah Sarenren Bazee also featured for Ausburg for 68th minute before he came off for Andre Hahn as  Augsburg played a 1-1 away draw against Fortuna Dusseldorf.