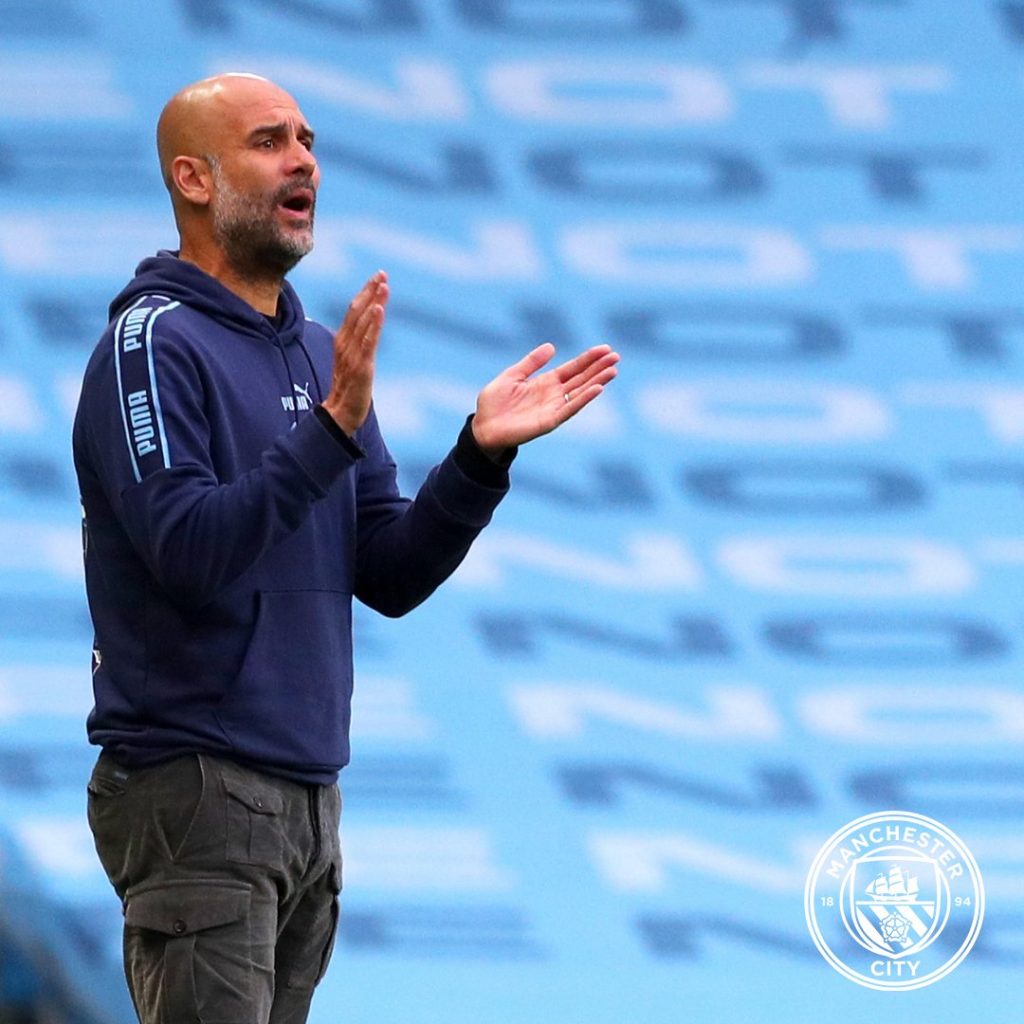 Manchester City will play Newcastle in the quarter-finals of the FA Cup but will have to face fourth placed Chelsea at Stamford Bridge on Thursday.

Guardiola while speaking in his pre-match conference says he has his eyes on the game against Newcastle United.

The Cityzens are 20 points behind Liverpool who needed just a win to be crown the Premier League champions.
Also the club is still competing in the Champions League which will restart August in Lisbon.

This is more reasons the Spaniard may not field most of his first team player as be will be hoping to avoid another injury worries after Sergio Aguero who picked up an injury in City’s 5-0 over Burnley.

The former Barcelona manager said;
“We cannot deny we have one eye on Newcastle.

” Chelsea is a prestigious game for is but Newcastle is final.”The team selection will depend on physical condition of the players.

“We take a look at what will come next, not just the game against Chelsea.
Commenting on his team victories in their first two games after the coronavirus break, Pep said the team is not yet for.

” Yeah, but still the team is not fit.”I don’t know when we will be fit perfectly to play every three days.

“We have some kicks after the game, which is normal. You have to see day to day how we can avoid injuries.

” We have to handle the situation, qualify mathematically for Champions League and that is what we have to do.