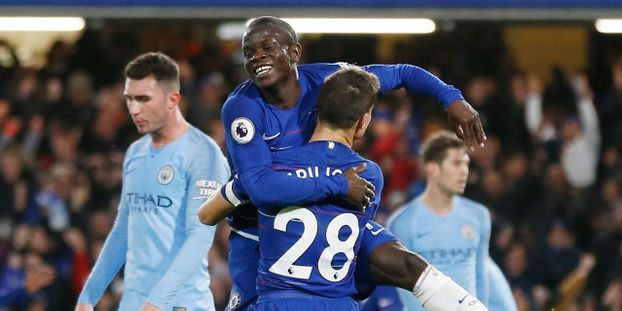 England will face a shock again on Thursday for the 31st day of the Premier League. The Chelsea Blues will host the second of Premier League Manchester City on their lawn.

Second in the standings, Manchester City will visit the Chelsea stronghold this Thursday, in a duel in which the two teams enter the field following a good post-covid recovery.

The Citizens restarted very hard, scoring 8 goals and conceding none in the 2 games they played, while the Blues played only one game and managed to win it – 2-1, against Aston Villa.
After three consecutive and undefeated victories in the last four meetings, Chelsea approached this meeting with 5 points ahead in fifth place. Now knowing that a triumph in this duel could bring them closer to the qualification for the Champions League. And it will also keep the pressure on the third place occupied by Leicester.

Double reigning champion of England, Manchester City occupies today the 2nd row of Premier League. With a too important delay on 1st place but a comfortable advance of 17 points on 5th, 1st not qualified for the next Champions League. Little concerned by this end of the championship, the Citizens lost their last match played before the interruption of the season at the neighbor United (2-0). However, they have started very well since the recovery.

Eager to test themselves in these big Premier League posters for the Champions League, Manchester City can confirm its very good dispositions seen since the recovery by winning at Stamford Bridge.

For this poster, the Chelsea coach has to deal with the injury absences of the promising Tomori and Hudson-Odoi and the replacement van Ginkel. However, the midfielder Jorginho is back after serving his suspension. Holder and scorer in the recovery match, Olivier Giroud could be renewed at the forefront of the attack.

Manchester City saves the number 2 goalkeeper Bravo and defenders Stones and Garcia. In addition, the Argentinian goleador Aguero completes the list of those absent after being injured last Monday. Brazilian international Gabriel Jesus should be established. Manchester City advantage on paper.

In a clash that is played behind closed doors, coaches have the opportunity to make 5 changes.
The bet here is simple – the total is over 2.5 and both will score 1.90 at the 1xbet app download.