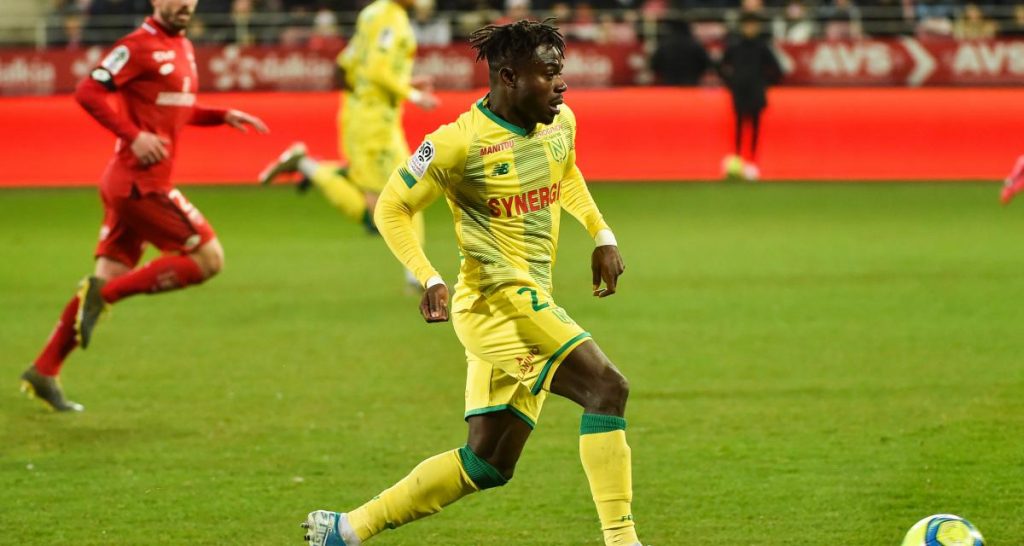 Permanently transferred from Levante to FC Nantes for 5 million euros, after a very successful loan from the Canaries, Moses Simon intends to continue his rise on the edge of the Order.

Author of 9 goals and 8 assists (all competitions combined), Moses Simon proved to be an essential asset in the offensive animation of the team of Christian Gourcuff, explosive player in transitions and gifted with good technique. And it was logically the subject of a pronounced interest.

After having played 30 matches last season with Nantes for his discovery of the French championship, the revelation Simon has not left his managers in doubt to lift the purchase option, of five million euros.

Indeed, in an interview with Goal, the Nigerian international winger said why he agreed to commit for 4 years with the FCN, and revealed his very ambitious goals with the Nantes team.

“Here in France, I understand their language and most of my teammates also speak English. It makes me very free and I can also understand what my coaches are saying,”

“I decided to stay in Nantes because the love for me here is stronger than what I got in Spain. My teammates and supporters appreciate my efforts and it made me want to stay, “he said before talking about his ambitions with FC Nantes.

“I will continue to do my best for the team and I hope we can get a ticket to play in the Champions League or the Europa League. This is one of my goals. “