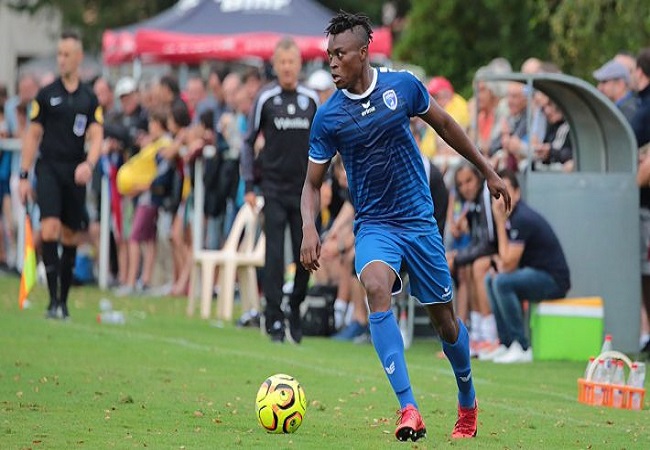 What a longevity for David Djigla a Niort! Arrived at the French club in 2015, the Beninese international will continue his career for a few more years. It has signed a new lease.

On his Twitter account this Thursday, Chamois Niortais FC formalized the extension of Djigla’s contract. The former Bordeaux player signs a new contract that runs until 2021.

Having averagely played this season due to repetitive injuries, the 24-year-old forward still has confidence of his leaders. His new lease contract is an evidence.

This season, David Djigla played only 10 matches in Ligue 2 without being decisive.