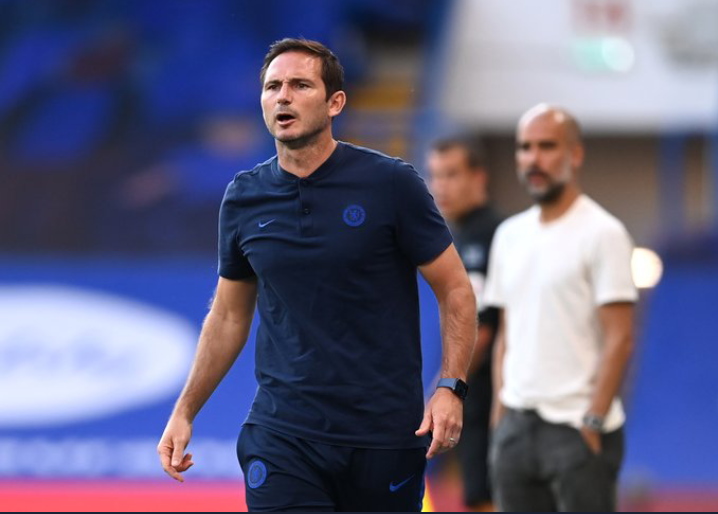 Frank Lampard has told his players to maintain the consistency they are now until the end of the season to finish well in the Premier League.

Chelsea produced a spectacular performance against Manchester City on Thursday night at Stamford Bridge to pick a 2-0 win and helped Liverpool win the title with seven games to spare.

Christian Pulisic scored for the Blues in the first half but Chelsea lead was canceled by  Kevin De Bruyne who equalised from a set-piece.

Willians then converted from the spot after Fernandinho was sent off for using his hands to stop a goal bound ball from Tammy Abraham.

Lampard while speaking with in his post-match conference first congratulated Liverpool for emerging as the new champions before he analysed his team performance.

He said his side deserved to win the game as his lads had the better chances in the game.

The former Chelsea legend said  consistency is what will define the team at the end of the season.

“This game didn’t decide the title, that was decided a long time ago through Liverpool’s consistency and performances and wins.

“Fair play to them, give them full credit. They have great players and a great manager.

“I know the hard work that goes into trying to win a title, the competition they’ve got, we saw that with how good Manchester City were tonight.

“Congrats to them, they deserve it.’

On his team performance Lampard said;

“It was a big performance from us,’ said Lampard.

“We had to work a lot off the ball, as you do against Pep Guardiola’s Man City.

“It was tough, but the work ethic the lads put in throughout the game, the focus, how dangerous we were – we had the better chances – we deserved to win.

“It’s a big three points. We are in a battle here and it’s not going to be decided tonight.

“It’s a nice result which gives us confidence.

“Now the consistency we produce until the end of the season is what is going to define us this year, and get us the finish we want.

“There is no point in performing like that if we can’t get some momentum and sustain it. That only comes with focus and hard work.

“What Manchester City showed us is a team that has been building up and working together for years and has so much confidence on the ball.

“We have that ability on the ball but we need to be a bit more confident in ourselves, to play, take the ball, receive the ball, and that will come.”

Chelsea will be up against Leicester City in the FA Cup on Sunday at the King Power Stadium.