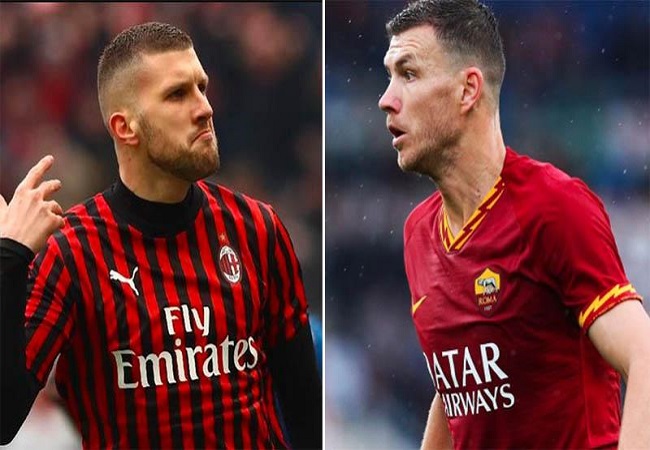 This Sunday, AC Milan will host AS Roma for a clash between two major rivals of Italian football as part Serie A 28th day. For the restart, the two teams won their match.

Roma will try to consolidate their fifth place in Serie A, qualifying in the Europa League, even if the Champions League is still mathematically playable. For its part, Milan will play to rise to the level of the European positions.

Milan AC is currently 8th in Serie A and concedes 3 units late on 6th position, synonymous of qualification for the next Europa League. A little more pushy, the Rosseneri have won only one out of their last 5 games played before the break, for 2 defeats and 2 draws. Since the restart, they have stand up, outside, to Juventus in the Italian Cup (0-0) but that wasn’t enough to qualify for the final. Last Monday, they won against Lecce for their championship (4-1).

Milan AC will have to do without its Swedish striker Zlatan Ibrahimovic, potentially starting. Musacchio and substitute Duarte, all injured. After a tough start, Croatian international Ante Rebic has now found his feet and scored his 7th goal in the championship on the final day. At 11 days from the end of the season, a C3 qualification is however relevant, the 6th position never being 3 points only!

A Europa League that AS Rome has otherwise the habit of playing lately, and that the Roman club has moreover great chances to find again. 5th with 48 points, Roma is well off to play this competition with its 6 points ahead of Naples. But does not lose sight of the 4th position, synonymous of Champions League! Atalanta, 4th, records 54 points, and 6 points can be recovered during 11 games… In the squad of Roma, it is important to point out the forfeitures of goalkeeper Nr1 Pau Lopez and the nugget Zaniolo. The experienced Edin Dzeko, who scored a double in the final day, remains the main offensive threat for Giallorossi.

Both clubs are facing challenges in defense. So bookmakers think the game is likely to roll. Out of a total of more than 2.5 goals, you can bet for 1.78, and the total will be no less than 2.06.