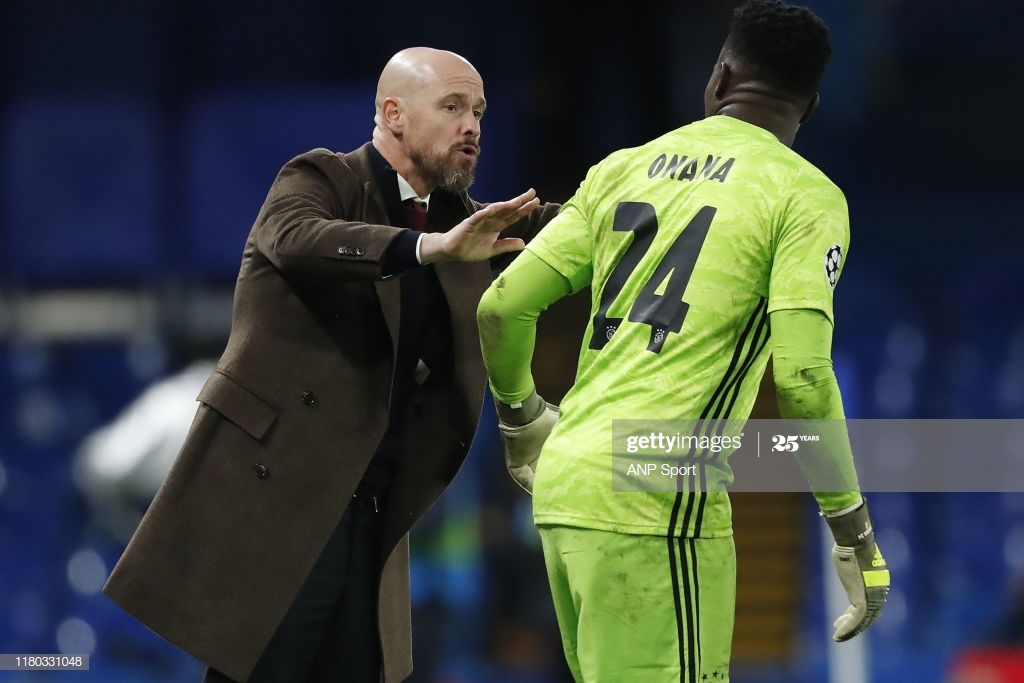 In the viewfinder of several large European stables, André Onana does not hide his desire to monetize his talent elsewhere. Undisputed goalkeeper of Ajax in Amsterdam, the Cameroonian porter has an exit voucher. In an interview with Parool, club coach Erik Ten Hag spoke about the Onana case.

“Based on their performance and their ambitions, a number of our players also want to settle abroad,” Ten Hag started.

“For Onana and Van de Beek, another year with Ajax could certainly be an option, for Tagliafico, it’s slightly different because of his age, “said the Dutch coach.

Onana would be in the sights of Franck Lampard, the Blues’ coach, who would like to recruit him to replace Kepa with whom he is not satisfied