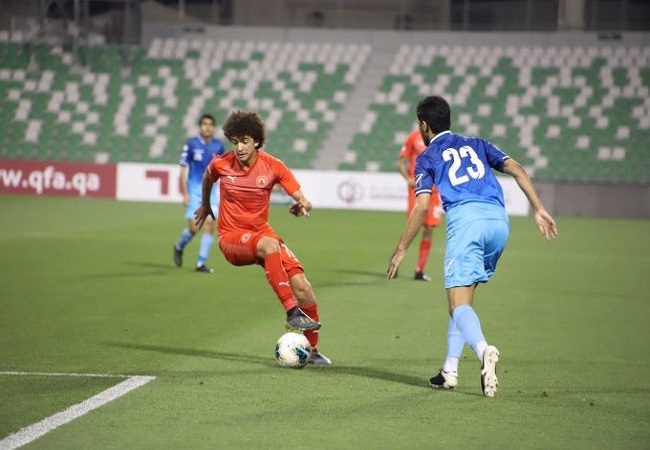 For the season’s resumption, Mohamed Aboutrika’s son, Ahmed Aboutrika, named in Al Arabi’s first-team squad for their training camp ahead.

Ahmed Aboutrika has been playing for Al Arabi’s U-23 side in the Qatargas U-23 League this season.

However, the Qatar Football Association decided to end the Qatargas U-23 League. And they announced that Al Arabi were placed third in the competition. The first three clubs are as following:

The club released the squad for their upcoming training camp as Al Arabi’s first team prepare for the league return. Ahmed Aboutrika will be part of this sqaud after impressing with the U-23s.

The Qatar Stars League was suspended due to the coronavirus outbreak. But it was announced that it’s set to resume on 24 July.

Al Arabi are currently fifth in the Qatar Stars League table with 24 points after 17 games played this season.

Mohamed Aboutrika, the father of Ahmed, is a retired Egypt forward. In 2018, he was sentenced to one year in prison for fiscal fraud. The Egyptian international now lives in Qatar.