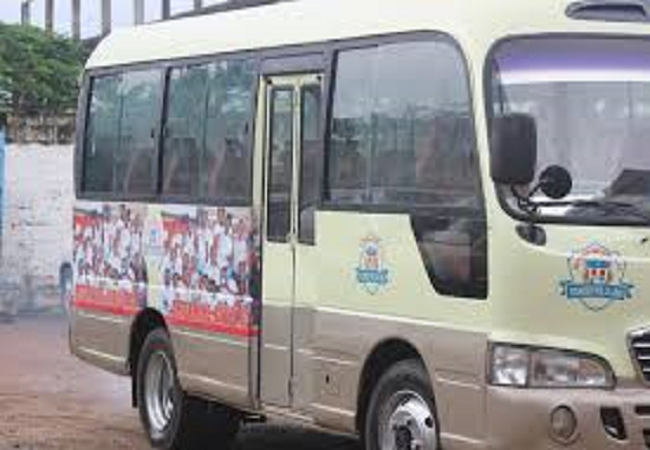 The 2020/2021 LFA League season will probably kick off in October. Determine Girls FC, a Liberia’s female football club, owns a new bus ahead of the new season.

Tremendous transformation occurred within Determine Girls FC club in the past months. This was after signing three top players including a striker for the Guinean league.

The club aims at changing its look by also unveiling a branded bus. This new vehicle will help the team for facilitate their travels regarding their football activities.

“As we await the new league season, we are pleased to unveil our new team bus. A 22-seater fully AC [airconditioned] bus valued at L$2.8M (US$14,000).” The club posted on its Facebook page on Monday.

According to the club, the bus will help cut down their travel cost for games and players’ transportation.

“Securing a new team is not only a boost to our Club. We also see this as an encouragement and a motivation to our girls. And other girls out there who are desirous of playing women’s football.” The club added.

“As the first Liberian women’s football club to own a bus, we will continue to wisely use support funds from the Liberia Football Association (LFA) and FIFA in order to build our club and contribute to the development of women’s football in Liberia.

“We also like to thank the LFA under the leadership of Mr. Mustapha Raji and his team of Executive Committee Members for the association’s continuous support to women’s football.”

Meanwhile, Determine Girls FC has informed the public that its players’ salary will be increased for the next season.