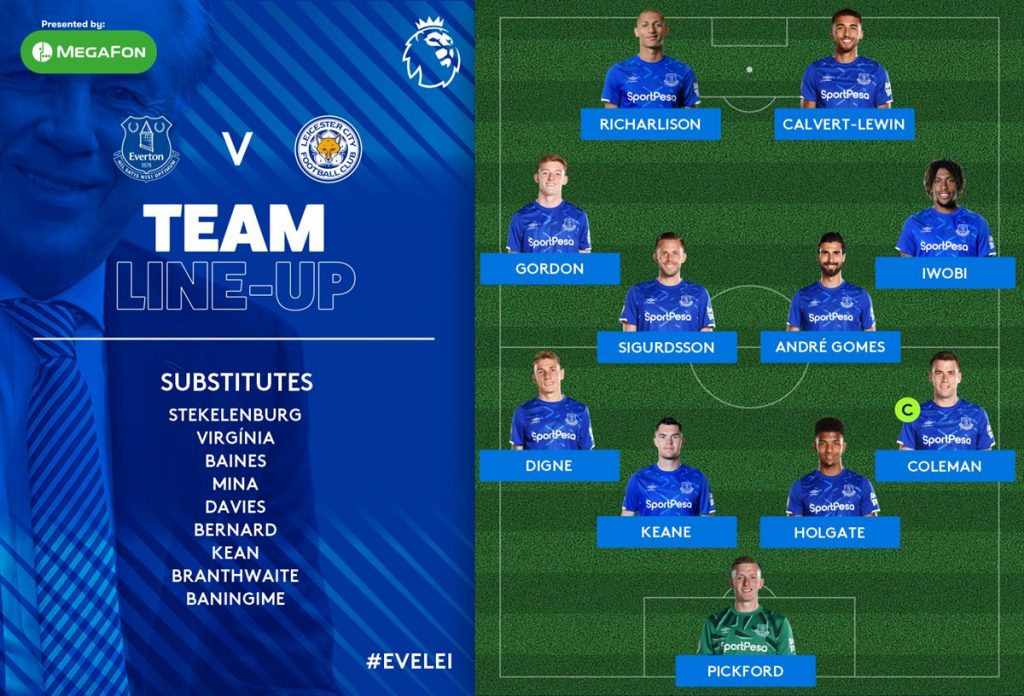 Alex Iwobi has been included in Carlo Ancelotti’s starting XI ahead of Everton Premier League game against Leicester City at Goodison Park.

Iwobi will be making his 21 appearances for the Toffees as he goes against Wildred Ndidi who is a regular starter for Brendan Rodgers side.

The former Arsenal midfielder has scored just one Premier League goal for Everton since he joined the club on August 8 2019.

Iwobi signed a five-year contract with Everton in a deal that saw his former club,  Arsenal receiving a fee of an initial £28 million, which will rise to £34 million with potential add-ons.

He made his debut a a substitute for Gylfi Sigurdsson in Everton’s 2-0 loss at home to relegation threatened Aston Villa.

His first goal for the club came on 28 August in the second round of the EFL Cup when he scored in a 4–2 win at Lincoln City.

The Super Eagles midfielder scored his first league goal on 1 September in a 3–2 win over Wolverhampton Wanderers, and was one of two players singled out for praise by then manager Marco Silva afterwards.

His perfomenace has earned him a place in Ancelotti’s squad as they hope to build on their last week victory against Norwich City.