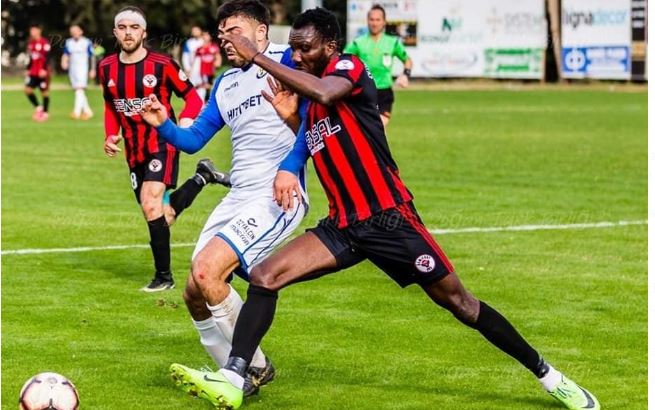 Kalu got injured in the 78th minute when he clashed with Baf player CEVDET ALICI in a one-on-one situation.
Cyrus Kalu will undergo further test to ascertain the severity of the injury.
The 20-year-old has been in a great form since joining the club early this year earning himself a starting role with the Nicosia based club.

He has played 11 matches for the club so far.